FREE SHIPPING ON ORDERS OVER €45 - ORDER BEFORE 3:30PM FOR NEXT WORKING DAY DELIVERY   |  ORDERS DISPATCHED FROM IRELAND

Close to the top of every parent’s Christmas wish list, right after ‘a nice lie in’ and ‘a day where the children don’t fight or break anything’ is ‘a halfway decent Christmas photo of the children’. While the funny face pictures really are funny, someday it might be nice to have pictures of your children without tongues sticking out, eyelids flipped inside out, and their teeth bared, pictures that are more ‘ah’ than ‘ha’. Lining them up and threatening them hasn’t worked. Bribing them is not only tough at Christmas when the goods are already under the tree, but it also tends to make the under-seven set downright hysterical with anticipation. What you need is a good gimmick. Something that will distract them from the fun of pinching each other just as the camera clicks. Something that flips some magic switch so they can at least look angelic for two minutes. Christmas angel costumes for kids might be the secret to fantastic family photos this Christmas.

Boys might not be as keen on child angel costumes (unless they have asked Santa for something seriously outlandish, in which case they might be ready to do or wear anything to boost their place on the nice list). But they do make fantastic little reindeer, snowmen, gingerbread men and of course elves – as do girls of course. We have a great range of Christmas angel costumes for kids and other great fancy dress that can not only help motivate them to just stand still and smile with their eyes open for ten seconds but also provide hours of entertaining play during the long, long Christmas school holidays. (And ‘quiet play during the school break’ is another popular item on parental wish lists every Christmas.) No children are angelic for long, but at least parents can get child angel costumes and snap of photo of them looking angelic!

WHAT ABOUT ANGEL COSTUMES FOR WOMEN? 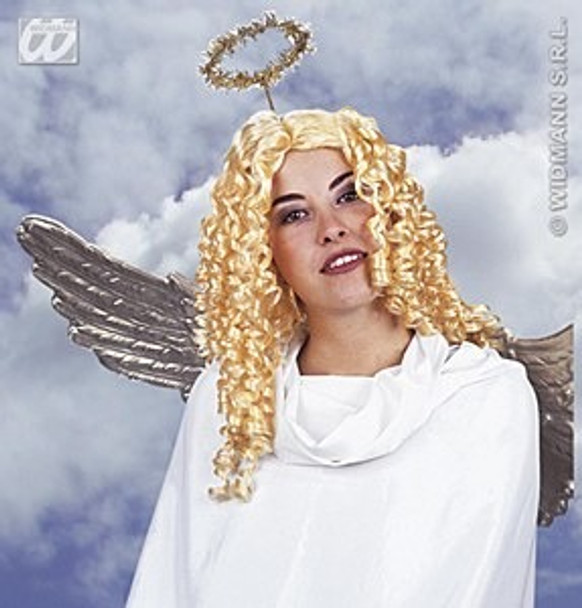 Little girls aren’t the only ones who like to play dress-up. Mums, aunts, grannies and big sisters like to get in on the fun too. If wacky Christmas jumpers are not your thing, you can still don some festive apparel. Angel costumes for women are just as great as the child angel costumes. Maybe mum wants to get in on the fun of a family Christmas costume photo. After all, she’s got the patience of a saint, so why not add the wings of an angel? With the technology out there today, you could even create pictures of yourself atop your Christmas tree.

Angel costumes for women aren’t the only option this Christmas. We have a great selection of festive fancy dress including a variety of Mrs Claus costumes. Elf costumes are always a popular choice, and there are choices for elves on the nice or the naughty list. They even have a fantastic lady’s Christmas tree costume and a nutcracker costume.

If the festive season means more time on the dance floor, why just be a dancer when you can be the Dancer, as in Rudolf’s co-worker. When you hit the tiles and hoof it up in Party World’s fantastically fun reindeer costume, heads will turn and Santa won’t be the only one inviting you to sit on his lap. White angel costumes aren’t the only kind. Put yourself in charge of the naughty list in a striking dark angel costume. This year, why not skip the silly jumpers and the Santa hats, and raise the bar with a more imaginative Christmas costume?

Whether you’re looking for child angel costumes, elf outfits, Christmas angel costumes for women or a reindeer or snowman suit, Party World has it all. They even have all the details and decorations for a Christmas party that won’t be forgotten. Give the kids some seasonal fancy dress options with nativity angel costumes, get the gear for a great family photo or hit the clubs in a head-turning, knockout Christmas costume, but be sure to check us out for everything you need.